A brief history of US imperialism’

Imperialism: the policy, practice, or advocacy of extending the power and dominion of a nation especially by direct territorial acquisitions or by gaining indirect control over the political or economic life of other areas; broadly: the extension or imposition of power, authority, or influence

For some, the Iraq invasion in 2003 seems unprecedented, as if nothing of the sort had ever happened before; and then, nearly a decade later, it happened again with Libya in 2011. In both cases, Americans were told there was an imminent threat, and military action must be taken to stop it; in both cases, the 'threat' was nothing more than fabrication (Iraq) and exaggeration (Libya). 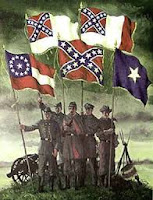 They finally shot the nigger!” the sparrow-slight soldier whooped. Nicknamed “Georgia” for the obvious reason, that’s what he apparently ran around shouting once word of Martin Luther King, Jr.’s assassination wound its way out into the electric-green paddy fields of South Vietnam. I was told the story more than once by a member of his unit and often imagined what it must have been like, especially for his black brothers-in-arms, to be smacked with that news and that epithet all at once.